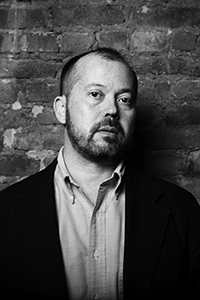 Alexander Chee is the author of the novels Edinburgh and The Queen of the Night, and the essay collection How To Write An Autobiographical Novel, all from Houghton Mifflin Harcourt. He is a contributing editor at The New Republic and an editor at large at VQR. His essays and stories have appeared recently in Best American Essays 2016 and 2019, T Magazine, Harpers, and The Yale Review, among others. He is a recipient of the 2003 Whiting Award, the 2004 NEA in Prose Fiction, the Lambda Trustee's Award, the Randy Shilts Nonfiction Award, and the Sewanee Review's 2018 Monroe K. Spears Award in the essay, and has received residencies from the MacDowell Colony, VCCA, Leidig House, and Civitella Ranieri. He is an associate professor of English and Creative Writing at Dartmouth College.