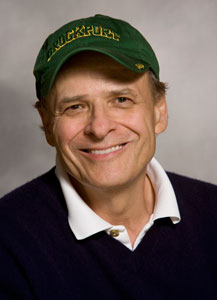 Award-winning author and Sewanee Writers' Conference founding faculty member Tim O’Brien will read from his work at 4:45 p.m. Thursday, Oct. 6, in Convocation Hall. The reading will be followed by a book signing. O’Brien will receive an honorary doctor of letters from the University of the South during Founders’ Day Convocation on Friday, Oct. 7. Congratulations, Tim!

William Timothy “Tim” O'Brien is an American novelist best known for his work of fiction, The Things They Carried, a critically acclaimed collection of semi-autobiographical short stories inspired by O’Brien’s experiences in the Vietnam War. In 2005 The Things They Carried was named by The New York Times as one of the 20 best books of the last quarter century. The Things They Carried was a finalist for both the Pulitzer Prize and the National Book Critics Circle Award. O’Brien’s novel Going After Cacciato, also written about wartime Vietnam, received the National Book Award in Fiction. Among other awards, O’Brien was awarded the Pritzker Military Library Literature Award in 2013. He teaches full-time every other year at Texas State University–San Marcos. In alternate years, he teaches workshops to MFA students in the creative writing program.