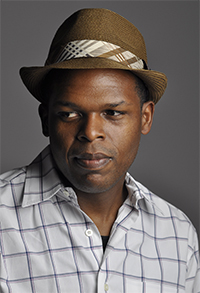 Maurice Carlos Ruffin is the author of The Ones Who Don’t Say They Love You, which was published by One World Random House in August 2021. It is a New York Times Editor’s Choice. His first book, We Cast a Shadow, was a finalist for the PEN/Faulkner Award, the Dayton Literary Peace Prize, and the PEN America Open Book Prize. It was longlisted for the 2021 DUBLIN Literary Award, the Center for Fiction Prize and the Aspen Words Literary Prize. The novel was also a New York Times Editor’s Choice. Ruffin is the winner of several literary prizes, including the Iowa Review Award in fiction and the William Faulkner–William Wisdom Creative Writing Competition Award for Novel-in-Progress. His work has appeared in the New York Times, the LA Times, the Oxford American, Garden & Gun, Kenyon Review, and Four Hundred Souls: A Community History of African America. A New Orleans native, Ruffin is a professor of Creative Writing at Louisiana State University, and the 2020-2021 John and Renee Grisham Writer-in-Residence at the University of Mississippi.