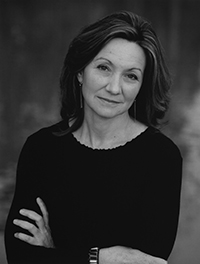 Jill McCorkle has the distinction of having published her first two novels on the same day in 1984. Of these novels, the New York Times Book Review said: “one suspects the author of The Cheer Leader is a born novelist. With July 7th, she is also a full grown one.” Since then she has published four other novels and four collections of short stories. Five of her nine previously published books have been named New York Times notable books. Four of her stories have appeared in Best American Short Stories and several have been collected in New Stories from the South. Her story “Intervention” is included in the Norton Anthology of Short Fiction. An essay, “Cuss Time,” originally published in The American Scholar, was selected for Best American Essays. McCorkle has received the New England Booksellers Award, the John Dos Passos Prize for Excellence in Literature, the North Carolina Award for Literature and the Thomas Wolfe Prize. McCorkle has taught at Harvard, Brandeis, and NC State. She is core faculty in the Bennington Writing Seminars. Her latest novel is Hieroglyphics.