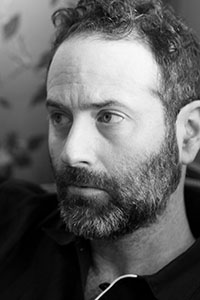 Dan O’Brien is the author of The Body of an American (Primary Stages in New York and Gate Theatre in London), The House in Scarsdale: A Memoir for the Stage (The Theatre @ Boston Court), The Cherry Sisters Revisited (Actors Theatre of Louisville’s Humana Festival), The Voyage of the Carcass (Page 73 Productions), The Dear Boy (Second Stage Theatre), and many others. His playwriting awards include a Guggenheim Fellowship in Drama and Performance Art, the Horton Foote Prize for Outstanding New American Play, the inaugural Edward M. Kennedy Prize for Drama, two PEN America Awards for Drama, and the L. Arnold Weissberger Award. O’Brien was twice the Tennessee Williams Fellow in Playwriting at Sewanee, the Hodder Fellowship Playwright in Residence at Princeton University, and the inaugural Djerassi Fellow in Playwriting at the University of Wisconsin-Madison. O’Brien is also a librettist and an award-winning poet whose collections, War Reporter, Scarsdale, and New Life, are published in the U.S. and the U.K. His fourth collection of poetry, Our Cancers (Acre Books), and a collection of his essays on playwriting, A Story That Happens (CB Editions, London), will be published in 2021.