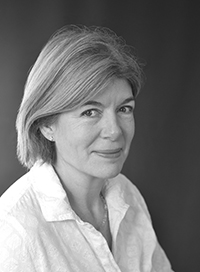 Claire Messud is the author of five novels and a book of novellas. Her first novel, When the World Was Steady (1994 in the UK; 1995 in the US), and her book of novellas The Hunters (2001) were finalists for the PEN/Faulkner prize. Her second novel The Last Life (1999) won Britain’s Encore Award for Best Second Novel. The Emperor’s Children (2006), an international bestseller, was a New York Times Book of the Year in 2006. She is also the author of The Woman Upstairs (2013); and, most recently, The Burning Girl (2017), a finalist for the LA Times Book Award in Fiction. A memoir-in-essays, Kant’s Little Prussian Head and Other Reasons Why I Write, is forthcoming in the fall of 2020.

Twice a finalist for the PEN/Faulkner Award, a recipient of the Strauss Living Award from the American Academy of Arts & Letters, and of fellowships from the Guggenheim Foundation, the Radcliffe Institute and the Wissenschaftskolleg zu Berlin, she teaches creative writing at Harvard University. She is a frequent contributor to the New York Review of Books and the New York Times Book Review, and lives in Cambridge, MA with her family.