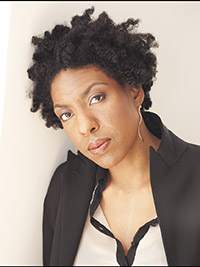 Ayana Mathis received her MFA at the Iowa Writers' Workshop where she became the first African-American woman to hold the position of Assistant Professor of English and Creative Writing. Mathis’s first novel, The Twelve Tribes of Hattie (Knopf, 2012), was a New York Times Bestseller, a 2013 New York Times Notable Book, NPR Best Book of 2013, and second selection for Oprah’s Book Club 2.0 and was long listed for the Dublin Literary Award and nominated for Hurston/Wright Foundation's Legacy Award. Her nonfiction has appeared in The New York Times, The Financial Times, RollingStone Magazine, The New York Times T Magazine and Guernica, among others. She is the recipient of fellowships from the New York Public Library’s Cullman Center, Civitella Ranieri Foundation, and Bogliasco Foundation. She is a 2020-2021 American Academy in Berlin Prize Fellow. Her second novel, A Violent Woman, is forthcoming with Knopf.