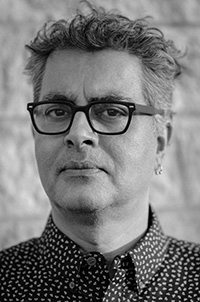 Amitava Kumar is the author of several works of nonfiction and three novels. Kumar’s last novel, Immigrant, Montana, was included in the list of most “notable books of the year” at the New York Times and also the “best books of the year” at The New Yorker. Former President Barack Obama also named Immigrant, Montana among his favorite books of the year. Last year, Duke University Press published Kumar’s nonfiction book on writing and style, Every Day I Write the Book. His latest novel, A Time Outside This Time, will be published by Knopf in October, 2021. In 2016, Kumar was awarded a Guggenheim Fellowship for nonfiction and also a Ford Fellowship from US Artists. His writing has been published in Granta, Harper’s, The New Yorker, the Guardian, Brick, Vanity Fair, and the New York Times. Kumar has been awarded residencies at Yaddo, MacDowell Colony, the Lannan Foundation, the Norman Mailer Writing Colony, and the Rockefeller Foundation’s Bellagio Center in Italy. He is the Helen D. Lockwood Professor of English at Vassar College.