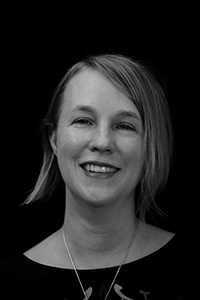 A.E. Stallings studied classics in Athens, Georgia, in the previous millennium, and now lives in Athens, Greece. She has published four collections of poetry: Archaic Smile (University of Evansville Press), Hapax (TriQuarterly Books), Olives (TriQuarterly Books), a finalist for the National Book Critics Circle Award, and Like (Farrar, Straus & Giroux), a finalist for the Pulitzer Prize. She has published a verse translation of Lucretius’ philosophical epic, The Nature of Things, and Hesiod's 8th century B.C. almanac, Works and Days, with Penguin Classics. An illustrated and annotated translation of the pseudo-Homeric poem The Battle of the Frogs and the Mice is forthcoming from Paul Dry books. Stallings has received a translation grant from the National Endowment for the Arts, the Willis Barnstone Translation Prize, the 2008 Poets’ Prize, and the Benjamin H. Danks Award from the American Academy of Arts and Letters. A member of the American Academy of Arts and Sciences, she was a 2011 Guggenheim fellow and a 2011 MacArthur fellow. She lives with the journalist John Psaropoulos and their two Argonauts, Jason and Atalanta. (Photo by Milos Bicanski)