“Writers arrive in Sewanee to find a rare place with a palpable intellectual curiosity, where everyone loves literature, where a roomful of people can be united in the sheer pleasure of a beautifully written line—for many, that’s paradise. The Conference was a crucial part of my own development as a writer, and I’m thrilled to have the opportunity to both maintain the vital sense of community it creates and work to expand that community.” —Leah Stewart 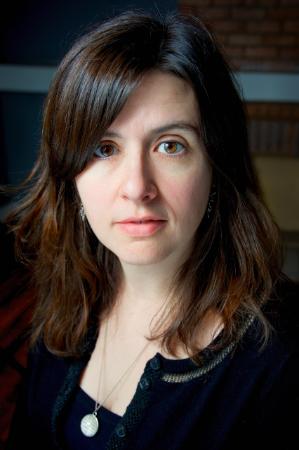 Leah Stewart’s novels Body of a Girl, The Myth of You and Me, Husband and Wife, The History of Us, The New Neighbor, and What You Don’t Know About Charlie Outlaw, as well as her short stories and nonfiction, have garnered awards and prizes including the Sir Walter Raleigh Award for Fiction and a National Endowment of the Arts Literary Fellowship.

Stewart earned a BA in English from Vanderbilt University and an MFA in fiction from the University of Michigan. Leah worked on the SWC staff from 1995 through 2004, and also served on faculty for the Sewanee Young Writers’ Conference. She has taught at Vanderbilt and Murray State University, where she was the Watkins Endowed Visiting Professor of Creative Writing. At the University of Cincinnati, she served as director of creative writing from 2012 to 2017 before becoming chair of the English Department, where she manages a program with more than 50 faculty, 200 majors, and 100 graduate students.